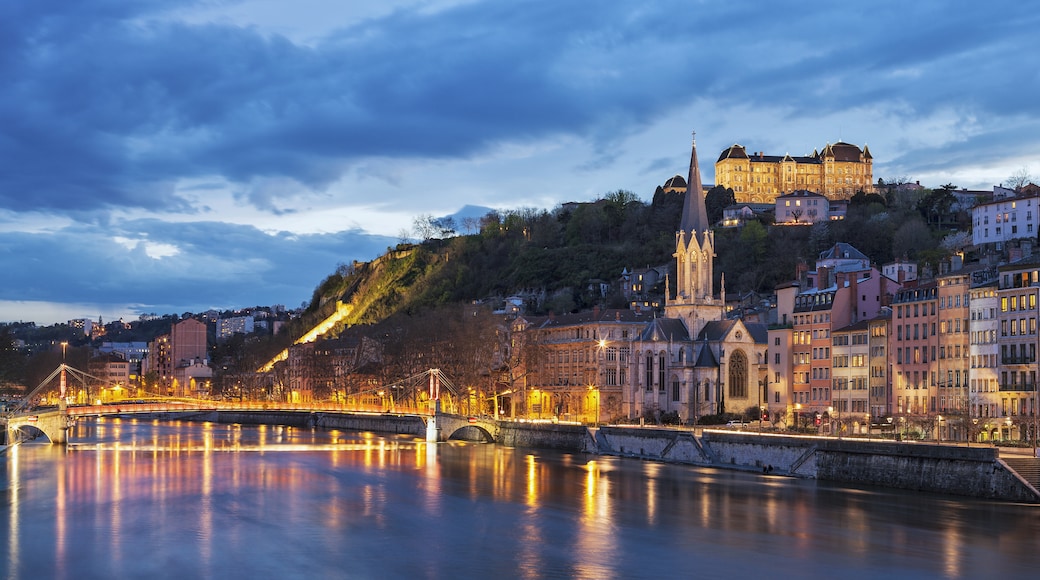 Where to stay in Old Lyon?

Find out more about Old Lyon

There are lots of things that visitors like about Old Lyon, especially its restaurants and historical sites. Enjoy the neighbourhood's museums and river views, as well as its cafes. Learn about local heritage at landmarks such as Basilica of Notre-Dame de Fourvière and Lyon Cathedral. There's plenty more to see, including Roman Theatres of Fourviere and Palais de Justice de Lyon.

How to get to Old Lyon

Things to see and do in and around Old Lyon

What to see in Old Lyon

Things to do in Old Lyon

When is the best time to visit Lyon?