Sleeps 10 people (including up to 9 children)

It’s hard to imagine a better location that Cosmos’s. Inside, you don’t really realise how central you are, because the double-glazing does a pretty good job of filtering traffic noise, but the flat is directly across the street from Casa Batlló. It’s been designed to be able to hold as many people as possible, so there are three twin rooms, which aren’t on the same level as the doubles, but there’s always the possibility of stretching out on the huge sofa.

Home truths:
*None of the showers are more than 190cm high – not a problem for most but tall people will notice
*All of the rooms with single beds are quite small and dark
*Be prepared for a lot of people in the street outside 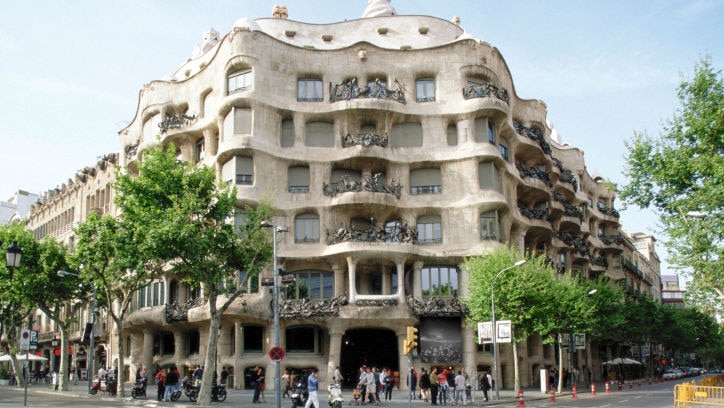 Eixample is west of Barcelona’s Gothic District on the northeast coast of Spain. Here, locals and visitors congregate on metropolitan sidewalks and roadways like Passeig de Gràcia, the heart of the district.

This district of Barcelona is known for its high-end shopping, modern architectural achievements, and superior culinary scene. Head to Rambla de Catalunya for luxury retail, or wait until after dark to enjoy some of Eixample’s popular nightlife entertainment.