Sleeps 4 people (including up to 3 children) 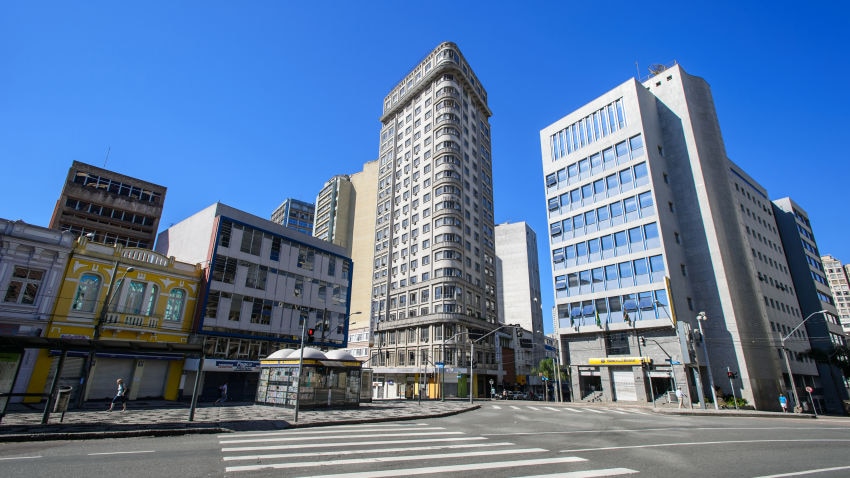 Downtown Curitiba is the nucleus of the Brazilian state capital, best known for its soaring skyscrapers, fast-paced atmosphere, and excellently planned infrastructure. Former mayor Jaime Lerner famously pedestrianized many of the area’s streets in the 1970s, giving it a new lease of life and transforming it into a vibrant retail hub.

After wandering Downtown’s bustling streets, a visit to the Public Library of Paraná is a great place to explore the best of Brazilian literature. The Palacio Avenida, an opulent building housing a bank and theater, is also well worth a visit—particularly at night, when it’s often lit up.