*We clean and disinfect our home in accordance with the CDC’s guidelines to help keep our guests safe.*

PLEASE NOTE: We perform regular hospitality visits to ensure that our guests are safe and have everything needed for a great stay! Additionally, the community common areas have 24/7 surveillance.

200 Edgewood is your off-campus home in Atlanta, Georgia. Our apartments are conveniently located in the heart of the vibrant Sweet Auburn neighborhood. We welcome students from nearby Georgia State, Spelman College, Morehouse College, Clark Atlanta University, or any surrounding colleges. We're close to all of Downtown Atlanta and have direct access to I-85/75, getting anywhere within the perimeter is easy for the working professional.

The Neighborhood:
Suppose you’re staying with us for business or pleasure the surrounding area has an excellent deal to offer. You’ll be steps from The Municipal Market and 1 mile from Krog Street Market. We're located within minutes of Cabbagetown, Inman Park, Edgewood, Old Fourth Ward, Little Five Points. Our apartments are a short walk to the Peachtree Center and Georgia State MARTA stations and on the MARTA Atlanta Streetcar route. You can live in the middle of where everything happens while enjoying the comfort and convenience of our community.

Other Things to Note:
To abide by all legal requirements and building security rules, you may be asked to provide a copy of your official government-issued photo ID, confirm your contact information, provide a valid credit card with a name that matches your ID, pass through our verification portal and, in some instances, complete a criminal background check.

This unit contains a smoke detector and NoiseAware device 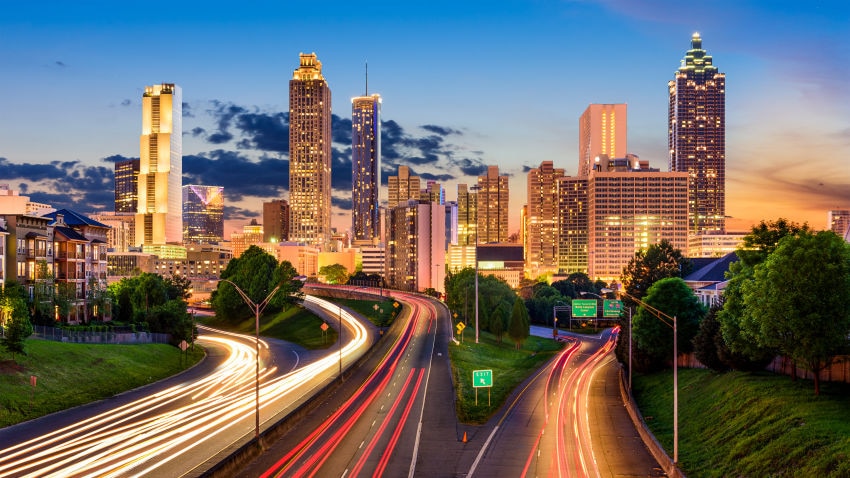 Downtown Atlanta is the energetic epicenter of Georgia’s buzzing capital. It’s a skyscraping sprawl of steel and glass, known for its eclectic culinary scene and world-class serving of museums, galleries, and entertainment venues. The city’s focal point is Centennial Olympic Park, with its illuminated “Fountain of Rings”, and the nearby Georgia Aquarium – the largest of its kind in the world.

When it comes to retail therapy, Downtown Atlanta has something for every shopaholic. There’s The Mall at Peachtree Center, which boasts floor after floor of big brands, and Underground Atlanta, a subterranean shopping haven spanning 6 historical blocks.

There is no front desk at this property. Guests will receive an email 48 hours before arrival with check-in instructions and an access code. Guests can access their accommodation through a private entrance.

You'll be asked to pay the following charges by the property at time of service, check-in, or check-out:

You'll be asked to pay the following charges by the property at check-in or check-out:

This property does not have elevators.