3.5-star hotel with restaurant, near Old Port of Montreal

This property advises that enhanced cleaning and guest safety measures are currently in place. 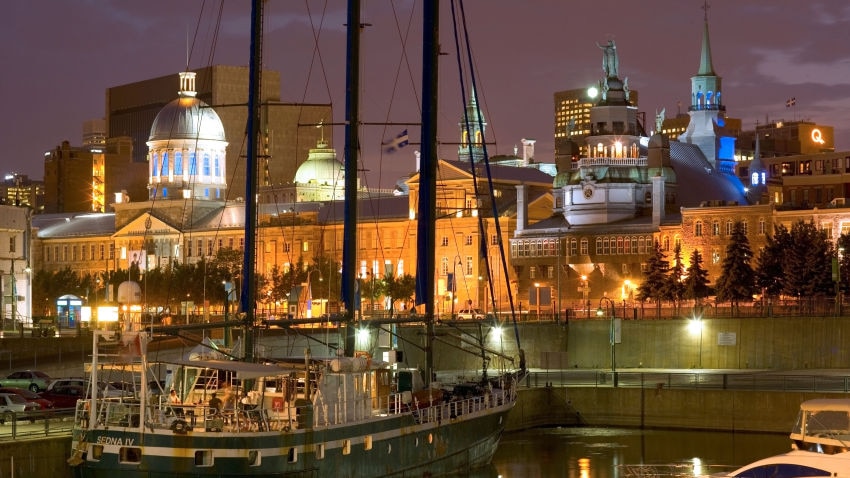 The Old Montreal neighborhood runs along the waterfront, east of Downtown, in the Ville-Marie borough. The crown jewel of the area is the breathtaking Notre-Dame Basilica. Built in Neo-Gothic style, the Basilica’s magnificent interior features a deep blue ceiling dotted with thousands of 24-carat gold stars, as well as intricate stained-glass windows.

On Rue Bonsecours, one of Montreal’s oldest streets, you’ll find the city’s earliest church—Notre-Dame-de-Bon-Secours Chapel—and the Bonsecours Market. The Palladian-style market building was once Montreal’s City Hall, and today it houses a selection of upscale fashion and craft boutiques and several restaurants.

The front desk is open daily from 9:00 AM - 5:00 PM. Guests planning to arrive outside of normal check-in hours will receive an email with check-in instructions and an access code. Front desk staff will greet guests on arrival.

This property advises that guest safety measures are currently in place.

Masks are required in public areas.

This property welcomes guests of all sexual orientations and gender identities (LGBTQ friendly).

This property accepts credit cards. Cash is not accepted.

This property is licensed under an applicable law.Property registration number 304367